I have been doing this my whole life without realizing it. I have always felt I need to do more, be more, be better. And, anytime someone told me I couldn’t do something, I loved it! They just gave me a gift. A goal to achieve because I would then work to prove them wrong.

I stopped chasing greatness and I started to operate on auto pilot. I lost my competitive drive, my love for learning and my need to be the best I could be.

I struggled with feeling successful.

I didn’t know what I should be doing. I put on weight. I started drinking more. I wasted days and lost time. Something that “driven me” never would have done.

How did this happen?

I got side swiped.

I got knocked off my path.

I let myself get into a relationship that I never should have been in – in the first place. I let a bad break up rock me to my core.

I then let a lot of self-doubt creep into my life and into my mind. I made some really bad decisions. The more bad decisions I made, the more the self-doubt grew and negative self-talk became a regular occurrence.

I was not good enough. I was not smart. I was not attractive. I was overweight and out of shape. I really did not like myself or who I had become.

And, I was also not able or willing to forgive myself because:

Keep in mind, this is all happening internally. Externally, I was still the life of the party, nothing was ever wrong – well except the odd teary cab ride home at the end of the night or the calls to my sister who demanded to know “Why are you crying? Who said something to you and what did they say? I will hunt them down.” She is like a fierce mama bear, who has always been my biggest supporter and I learned at very young age not to mess with her. You see I never used to cry. I was always so stoic, and nothing really bothered me to the point of tears.

If you ask anyone who knows me they would say I am for sure successful but deep down inside I didn’t feel that way and when I tried to explain it to people the common response is “But look at everything you have accomplished so far in your life. You have to realize everything you have done.”

It is true, I have had some amazing accomplishments.

I have participated on teams that have won international competitions, I have been MVP many times over, I have been on all-star teams, and named athlete of the year. When I worked for large corporations I was always rated as a top performer. I launched and grew more than one business to over six figures.

If I had a report on my life it would probably be mostly A’s and B’s… with the odd C… we should all have C’s so we can continue to learn and grow. But I do have one big F and that is when it comes to developing a relationship with the right partner. I always choose the wrong one for the wrong reasons. Or even worse, I let them choose me and I went along for the ride.

My failures in my personal life had started to affect me professionally.

As I struggled, a friend recommended I start listening to The School of Greatness Podcast. She thought I would really connect with Lewis – an ex-athlete who was always pushing himself to be “Great”. I was already a huge fan of Tim Ferris and an avid listener so why not add this one to the mix.

I started listening to Lewis Howes and then joined his inner circle. I was not 100% convinced but then people started talking about The Summit of Greatness and for some strange reason I felt like I really needed to go.

And, let me put this in perspective, I had zero energy. I was forcing myself to go to the gym everyday but was really just going through the motions. I was showing up everyday and working but had lost my productivity. I was not going to any local networking events or connecting with people the way that I had in the past.

I was in hiding.

Before I could change my mind, I purchased the ticket and booked a hotel room. I was committed now. I had paid money. I didn’t try to get anyone to come with me. I didn’t want someone to say yes and then back out because that would give me a reason to back out too.

I went on my own from the moment I arrived I realized it might have been the best decision I had made in a long time.

I was surrounded by other people who also wanted to do more, be more and be better. This was a room of change makers. People that had ideas and wanted to act on them.

Attending the Summit of Greatness and listening to The School of Greatness Podcast has been influential in helping me make a lot of changes in my life and in my mindset. Changes that have helped me reignite my competitive spirit and are allowing me to grow in the right direction. 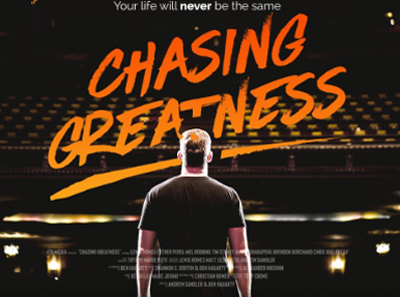 While watching the movie Chasing Greatness I finally figured out why I didn’t feel successful. It became crystal clear in three simple statements.

I have never been one to stop and celebrate my success. Once I achieve a goal it is on to the next thing and I am always thinking “How can I do it better next time?”.

I have come to realize it is OK if I don’t feel successful because there is always more to be done and I will always feel this need to go beyond.

Please take the time to watch this one and share it with others. It is motivational, inspirational and informative. There is a little piece of something for everyone.

It has a very important message… especially at the very end with one of the greatest of all time.

The movie is currently available for free here but only for a short time period.

Hopefully it will also inspire you to chase your own greatness. 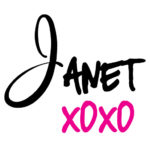 WANT TO BE THE FIRST TO LEARN SOMETHING NEW THAT WILL HELP MAKE YOUR DREAMS COME TRUE?